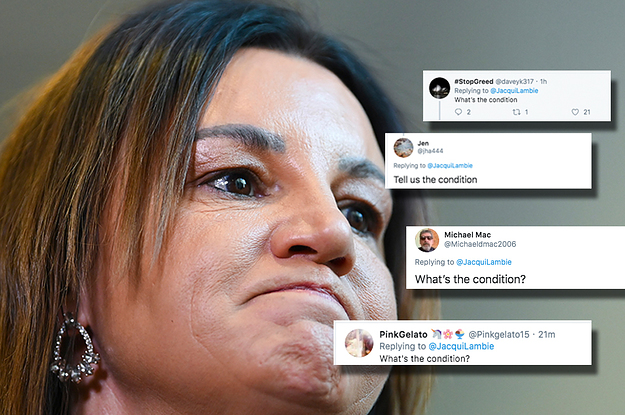 This is Jacqui Lambie.

She’s a senator for Tasmania.

She has the deciding vote on one of the biggest political issues of the year — one that will affect sick refugees.

The “medevac” law, which makes it easier for sick refugees held offshore on Nauru and in Papua New Guinea to be transferred to Australia for treatment, was passed against the government’s wishes in February. Its intent was to replace an opaque, bureaucratic process with one in which a person can be quickly brought to Australia if two doctors recommend it.

The government can object to transfers on medical or security grounds. If the objection is medical, a panel of independent doctors looks at the evidence and makes the final decision.

The government extremely wants to get rid of this law.

So it introduced the Migration Amendment (Repairing Medical Transfers) Bill 2019 — AKA the medevac repeal bill.

After the government won re-election with a majority government in May, it drafted this law to wind back medevac. It passed the lower house in July. But it still has to get through the Senate.

Which brings us back to Jacqui Lambie.

The government needs Lambie to vote with it in order to get its repeal law through. But she’s been keeping her cards *veeeeery* close to her chest for the last few months.

At first she said she was waiting for the results of a parliamentary committee’s inquiry into the law. But then that split along party lines. So we were back to square one.

With just two sitting weeks left this year, and the government determined to repeal medevac before 2020, tensions were rising.

The bill was listed for debate in the Senate on Wednesday. Refugee advocates and doctors travelled to Canberra to fight its repeal. Five thousand doctors signed an open letter defending medevac.

Finally, Lambie gave us all a sign. She put out a media release on Wednesday afternoon stating her “final position”.

“I have proposed to the government the only condition on which I will support the repeal of the Medevac legislation,” the statement says.

She says the condition is “sensible” and “reasonable” and that she has arrived at it through “extensive consultation”.

In fact, it’s so important that accepting it is the *ONLY* way the government will get her vote!

What is the condition????

Everyone is asking: what’s the condition?

An advisor to Lambie told BuzzFeed News in an email that she can’t comment further because it involves national security.

But next week is the last week of parliament for the decade, so we’ll probably find out soon enough.