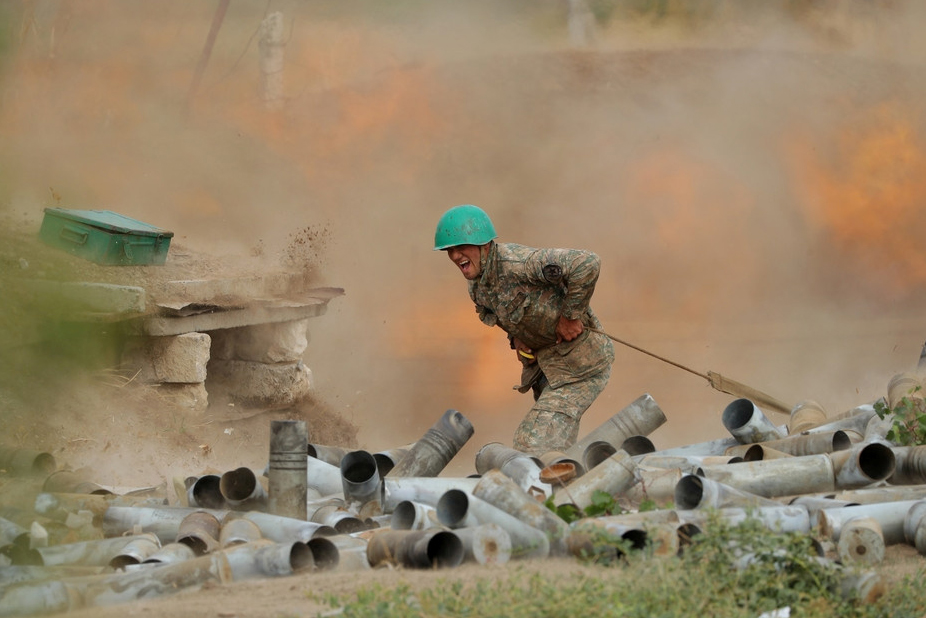 Here are the latest updates:

07:25 GMT: Armenia says no need for outside military help

Armenia’s Prime Minister Nikol Pashinyan, who spoke by phone to Russian President Vladimir Putin on Tuesday, says he is not at this point considering asking for help under a post-Soviet security treaty – but did not rule out doing so.

“Armenia will ensure its security, with the participation of the Collective Security Treaty Organization (CSTO) or without it,” Russian news agencies quoted Pashinyan as saying.

He said he and Putin had not discussed the possibility of Russian military intervention in the Nagorno-Karabakh conflict.

Russia has used the CSTO, along with the Eurasian Economic Union, another regional bloc focused on trade, to project influence across most of the former Soviet Union.

“It isn’t very appropriate to speak of a summit between Armenia, Azerbaijan and Russia at a time of intensive hostilities,” Pashinyan told Russia’s Interfax news agency. “A suitable atmosphere and conditions are needed for negotiations.”

At least 2,300 Armenian soldiers have been killed or wounded by Azerbaijani troops since the conflict between the two countries began on Sunday, Azerbaijan’s defence ministry has said, according to an Anadolu Agency report.

Hello and welcome to Al Jazeera’s continuing coverage of the Nagorno-Karabakh conflict. I am Usaid Siddiqui in Doha, Qatar.

You can read the updates from September 29 here.