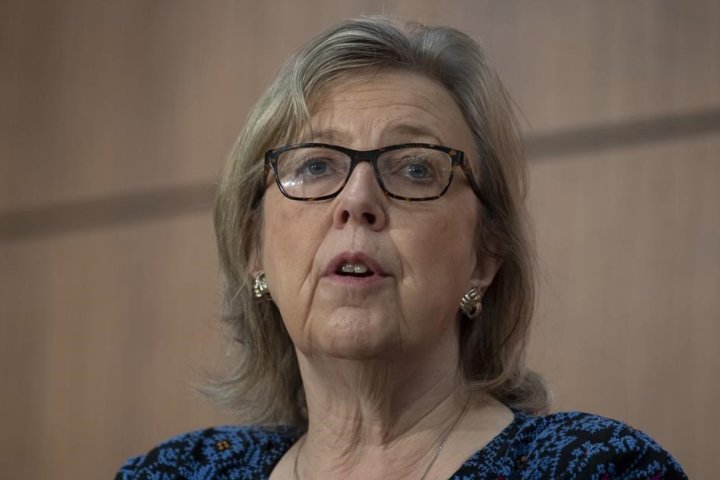 As Canada’s Green Party selects its new leader, the torch being passed illuminates a storied journey.

Elizabeth May got her priorities lined up at an age much younger than most of us, when her family moved from Connecticut to Nova Scotia and she was still a teenager.

What teenager would bring pesticide files, or even have pesticide files? But they were important to a young Elizabeth May and to the cause that would shape her life — protecting the environment.

Her curiosity about such things seemed to have been sparked when she was a child caring for a few sheep and lambs on her family’s rural Connecticut property. They were like pets to Elizabeth. But then the animals started dying. Years later, she discovered the area had been sprayed with methoxychlor and malathion, insecticides which May says killed her sheep with a form of nerve poisoning. She had done her research and was ready to learn more. While most youngsters in high school pursued other activities, May organized an Environment Club. By the 10th grade, she was determined to become an environmental lawyer in the United States when she grew up.

But after her parents decided to move to Cape Breton after a summer vacation on the beautiful island, all of May’s environmental energies were redirected from the United States straight to Canada.

And what an impact it would have in this country.

At first, May worked as a waitress in her parents’ Cape Breton restaurant, a restored, landlocked schooner in Margaree Bay. It was the 1970s and, as it happened, the spruce budworm was ravaging woodlands from Ontario across Quebec to the Maritimes and into New England. Aerial spraying began in order to kill the pests. Well, May knew all about that kind of thing, was convinced it was wrong and began to campaign against it. As spraying was gaining approval next door in New Brunswick and elsewhere, pulp and paper companies that backed the spray program in Nova Scotia found themselves in a much more heated public debate. Spearheading the opposition was the 23 year old from Connecticut, who began organizing public meetings and bringing her research and flip charts to explain why she believed spraying did more harm than good.

“I had boxes of files on pesticides that moved with me when I moved to Cape Breton,” she told Global News in an interview this week. “And that was the source of our fact sheets for fighting against aerial insecticide spraying on Cape Breton Island.”

The government of Nova Scotia banned aerial spraying for spruce budworm in 1977. The late Nova Scotia premier, Gerald Regan, told CBC’s The Fifth Estate at the time: “I’m not sure Elizabeth May is always right in what she says, but thank God that there are people like Liz May who have the courage to present their opinion without the backing of vast amounts of money.”

And with that, May was off and running as an environmentalist. She got her law degree from Dalhousie and began doing public advocacy work in Ottawa. In 1986, she became the senior policy advisor to Tom McMillan, the federal minister of the environment in the Progressive Conservative government of Brian Mulroney. One meeting had a profound impact on her — when senior scientists gave a briefing on how the climate was slowly warming.

“There was no doubt in my mind, nor theirs, that we had to act on the climate crisis,” said May, who then jumped ahead 34 years, “Well, we didn’t act, so now we’re in a climate emergency.”

The Mulroney government was forward-thinking on issues such as reducing acid rain, and restoring the ozone layer. May was part of the government’s negotiation of the Montreal Protocol, which curbed ozone depletion, one of the first international agreements to make a real impact in reversing atmospheric degradation.

But after two years, other policies left her disillusioned, so she left government and took on environmental activism full time, including as the founding executive director of the Sierra Club of Canada. She credits her mother — an early anti-nuclear activist — for imbuing her with some of her organizing instincts.

“My mom had been a very effective organizer and volunteer activist against nuclear weapons testing when I was a baby. So more or less by osmosis, I knew how to organize.”

If asked to list prominent environmental public figures, most Canadians probably could not get much further than David Suzuki. May, like Suzuki, tried to elevate environmental protection as a subject in need of attention and action. May never doubted herself.

“My commitment was really around human health and the life of all of what we now call biodiversity.”

Read more: Society could collapse by 2050 under strain of climate change and conflict, paper warns

Stewart Elgie, a law professor and director of the Institute of the Environment at the University of Ottawa, has known May for 30 years.

He believes a strong moral foundation underpins her commitment.

“Elizabeth has always done things because she believes it’s the right thing to do… a moral and very spiritual person.”

Elgie says he’s never met anyone who could better distill a complex subject down to its essence and, he adds, “it’s all just driven by her personal belief in right or wrong.”

As a charismatic speaker — and motivated by the election of Stephen Harper’s Conservatives, which she saw as a setback for the environment — May decided to formally enter the political fray.

She sought and won the leadership of the Green Party in 2006.

The Greens were a small, often ignored political force, but for May it represented a platform to persuade Canadians of the need to move swiftly on what seemed to many like a slow-developing, easy-to-ignore crisis.

“She was the right person in the right place at the right time,” says Elgie. “I think she realized when the Green Party leadership came open that that was a vehicle to help her do the right thing.”

Weeks after seizing the leadership, May tried and failed to win a seat in Parliament in a byelection in London, Ont. In 2008, she famously challenged Conservative cabinet minister Peter McKay in his home riding in central Nova Scotia, but lost again.

So she surveyed the country for where she could run and possibly win. Southern Vancouver Island had what May describes as a ton of Sierra Club memberships, so Saanich-Gulf Islands looked like fertile soil for a Green politician.

Indeed, it was. In the 2011 election, she scored a resounding victory over incumbent Conservative Gary Lunn. Voter turnout was over 75 per cent, the highest in country, says May.

It was not only groundbreaking — the first Green Party MP in Canadian history — it was a shocking surprise. For the first time, Canada’s political map — a red, blue and orange patchwork — now had a dollop of green in it.

For most of her eight years in Parliament, May punched above her political weight to bring green issues and climate change increasingly into the political and national conversation. She led on legislation on Lyme disease and a ban on holding whales, dolphins and porpoises in captivity. As a one-person party in a room with more than 300 MPs, she worked tirelessly across party lines to find a common purpose on a range of issues, topped, of course, by her efforts to mitigate the impact of climate change.

“Pushing constantly for climate action, but in a way that protects the workers in the fossil fuel sector — I’m proud of that work,” she says.

May has faced disappointments, among them, that she was unable to bring more Green MPs into Parliament.

“I have a profound sense of disappointment that the citizen climate movement which is so strong didn’t decide to say, ‘OK, if we want real climate policies (and) if you want green policies, you better vote for a green candidate.’”

In one election campaign after the other, upwards of 10 per cent of voters suggested to pollsters that they supported the Greens. But when voting day came around, the support invariably melted away as many Green leaning voters cast ballots strategically for candidates with a greater chance of winning.

Read more: ‘I don’t think about the other parties’: Elizabeth May dismisses vote-splitting concerns

It was an especially bitter pill to swallow when Prime Minister Justin Trudeau backed away from his promise in 2015 to bring in a form of proportional representation in future elections. It would have meant so much to the Greens. Their 6.5 per cent of the popular vote in the last election would represent 19 seats in Parliament, under a purely proportional breakdown. Instead, they won three seats — 0.9 per cent — of all the seats in the House of Commons.

Through it all, though, May has been a political whirlwind. She forced her way into the national political debates when others wanted to keep the Greens out. And but for her crusade, there would not have been a woman in the federal debates in a generation.

If there is one great, but unsung achievement that’s been overshadowed by May’s accomplishments on climate change, it is the fact she has achieved all that she has in what is still a man’s world.

May says women in every political party in Parliament know that they face an uphill battle, and always have.

As far back in time as her anti-aerial spray campaign, May has had to fight not only for her ideas, but against male-dominated attitudes.

At a community meeting for a woman’s group in Sydney and filmed by The Fifth Estate more than 40 years ago, May talked about organizing against big industry interests. She already bore the scars of sexism, telling the women how critics on the other side mocked her group’s campaign, suggesting the anti-seal movement had movie star Brigitte Bardot, while the anti-budworm campaign had Elizabeth May.

“If you take a public role as a woman, you may become more of a target than a man who takes a public role,” she said, noting that she’d been subjected to ridicule more than the men in her group.

Her 1970’s message of being ridiculed was strikingly resonant to what remains a necessary decades later. She said, “You have to feel a certain amount of toughness, you have to develop a thick skin to attacks of a personal nature. You have to be strong enough in knowing that your position is something you believe in.”

So May has spent a career standing up for the environment and standing up to sexist attitudes. Today, the Green Party has grown to three members of Parliament. On election night last fall, the leader instantly picked up on a demographic milestone: her caucus was two-thirds women.

“She’s been such an incredible role model for me,” said Jenica Atwin, the MP for Fredericton and the most surprising breakthrough for the Greens in the last election. Atwin sounded like a young May when asked what she had learned from the leader: “Be bold. Be brave. Never be afraid to stand up.”

Atwin believes May has paved the way for other female politicians.

“We need more voices of women in the House. She’s just..” Atwin paused and thought for a moment, then happily declared: “She’s been a gift to us.”