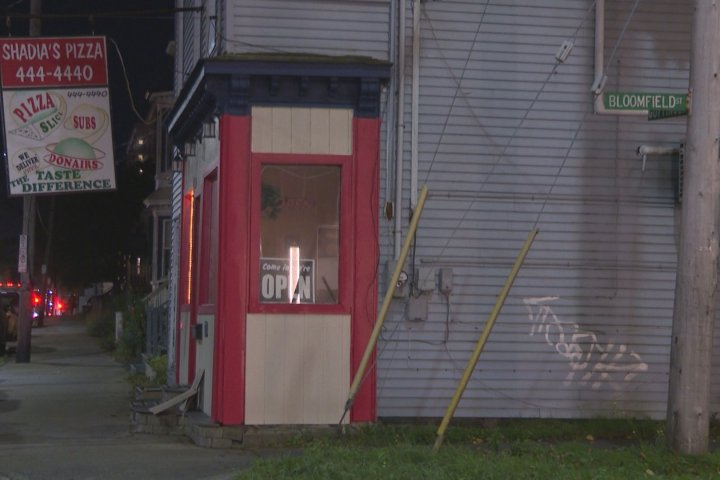 Halifax police have a 29-year-old woman in custody following an early morning break and enter in Halifax’s North end.

Halifax Regional Police say they were called to Shadia’s Pizza, located at the corner of Gottingen and Bloomfield Streets, just after 3:40 a.m. after a witness reported hearing “a few loud bangs coming from the pizzeria,” according to a news release.

When officers arrived, they learned the female suspect had used a cinder block to smash out the glass on the pizzeria’s front door. She stole the cash register, placing it in side a large, red warming bag, according to police. She then fled the restaurant and ran south down Gottingen Street.

Police say just ten minutes later, officers located and arrested the woman, who was hiding in a nearby backyard.

The 29-year-old woman is now facing charges of break and enter and breach of probation.