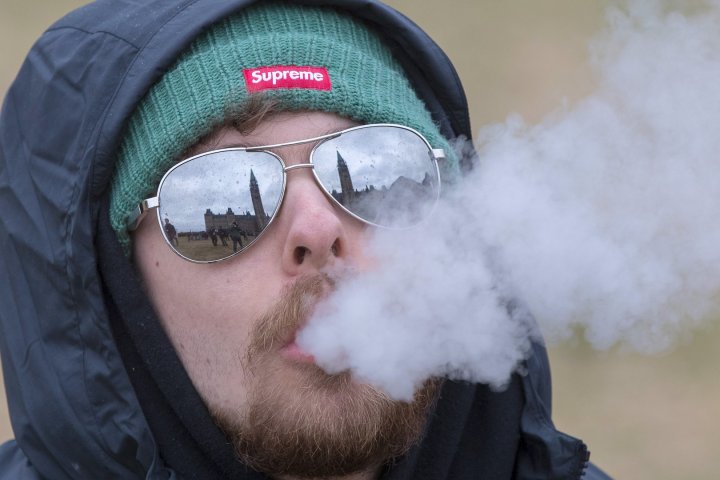 Canada’s legal marijuana industry is celebrating a jump in sales, more brick-and-mortar stores and competitive pricing as it celebrates two years in business.

Since Canada legalized recreational marijuana on Oct. 17, 2018, legal sellers and producers have struggled to compete with the black market, but there have been recent gains in the licensed industry.

“It’s been a boon for the legal industry,” said Soberman, a professor of marketing at the University of Toronto.

In July, licensed marijuana stores sold more than $231 million in product — a 15-per cent increase from June’s sales — marking the biggest monthly jump since the country legalized cannabis.

“Because people are spending more time at home, they’re perhaps more comfortable with consuming cannabis,” said Terry Kulaga, the founder of Weed Me, a legal cannabis production company based in Pickering, Ont.

“As people work from home, they probably have more time to actually consume cannabis.”

Canadians have been buying more pot, according to Statistics Canada, and where people are buying it is changing.

The long-established black market has always had more business than the Canadian pot industry, but households have been spending more on the legal cannabis market and less on the illegal market.

Statistics Canada data shows that compared to April-June 2019, people spent 74 per cent more money on licensed cannabis during the same period this year, which is just after the World Health Organization declared a coronavirus pandemic in March. The decrease in spending on the black market in the same time frame is less than five per cent.

“There’s been a downturn in the black market because people are much more reluctant to go out and meet their regular cannabis dealer in the way that they were prior to the pandemic,” said Soberman.

Now, the province has more than 180 licensed cannabis stores and growing — the province recently greenlit opening 40 stores per month, which is double what it did before, says the Alcohol and Gaming Commission of Ontario, which is responsible for regulating Ontario’s marijuana retail stores.

“More and more people are having a shop open up locally where they can access a safe and reliable product,” said Kulaga, whose business provides cannabis to provinces across Canada.

“Moreover, I’ll mention that inside of the stores themselves, the people selling the product are becoming more knowledgeable about the product and the suppliers.”

Steven Fry runs Sessions Cannabis, a chain of five stores across Ontario, and he says he’ll have 35 more stores built and ready to open before the new year.

It will take time for the legal market to completely overtake the illicit market, Fry says.

“Legal cannabis is infinitely better than illegal cannabis,” said Fry. “It’s a healthy and safe product that’s approved by Health Canada … it is highly regulated. Tax money is going back to the community when we’re purchasing through the legal channels.“

The legal market can now boast cheaper prices. When Canada first legalized recreational marijuana, the average price per gram for legal pot was $10.25 while in the illegal market, it was around four dollars less.

The Ontario Cannabis Store released a pricing comparison showing more recent prices: near the beginning of the year, the average price per gram for legal dried flower on its site was $7.05, including taxes, which is almost a whole dollar cheaper than the cost of cannabis on sale through illegal mail-order sites: $7.98.

Read more: Cannabis NB continues to report profits, decision on potential sale ‘in the near future’

Soberman says the customers who’ve been loyal to the legal marijuana market throughout the pandemic will stick with it.

“Even once the pandemic is over and we have a vaccine, you’re going to find that people have become accustomed to buying their pot legally. And it will be a while before the black market is able to recapture perhaps a larger fraction of what it used to sell.”