"> ‘Don’t give up on us’: Dan Rather says U.S. is resilient, will move past Trump presidency – GLOBAL NEWS
Skip to content
Main Stories Popular 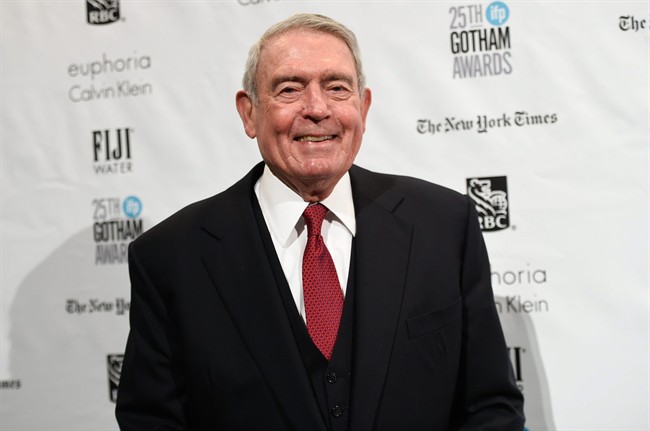 After a historically divisive election and four years of a Donald Trump presidency marked by chaos and civil unrest, a veteran U.S. journalist has one message for Canada and other allies around the world: don’t give up on America.

Dan Rather, anchor of the CBS Evening News from 1981 to 2005, said there’s “no question” the U.S. is a divided country with “deep problems” of racism and inequality, but a new generation of young people are helping to move America towards a more just society.

“We’re in a valley now. It may be a long valley, and in some ways it’s a dark and dangerous valley,” Rather said. “But I believe we’ll come out the other end of it better than we are today.”

Trump’s administration was defined by an impeachment, criticisms of legitimizing white supremacist groups, a defence of the caging of migrant children and a widely criticized response to the ongoing coronavirus pandemic that has killed over 230,000 Americans.

Yet he still finished in a competitive presidential race against Joe Biden, winning almost 70 million votes.

Rather, author of the book What Unites Us, said he hoped that following the turbulent election a new administration would bring Americans back together.

“But no one, and especially Americans, should have any illusions. We do have deep problems and we have to get on those problems before they get any worse,” he said.

His book, written with fellow journalist Eliot Kirschner, is a love letter to America and chronicles Rather’s life growing up in Texas and his reporter’s observations over a nearly four-decade career on everything from dissent to a free press, science and the American identity. Rather resigned from CBS News in 2005 following the infamous Killian controversy, when he presented unauthenticated documents questioning former president George W. Bush’s military record.

Now the 89-year-old podcaster and author has closely followed the Trump White House and years of scandal.

He said Trump’s unrelenting attacks on every American institution from individual judges to journalists over the last four years has damaged the country not only domestically but in the eyes of its international allies.

“The president, has attacked individual judges in the courts. He’s attacked his political opponents in the Congress, he’s attacked the whole field of journalism,” he said. “This unrelenting attack from the very top of the power apparatus of the country, the damage has been greater than it was before.”

The president’s series of outright false allegations about voter fraud and attempts to stop ballots from being counted in several key battleground states this week earned a strong rebuke from across the political spectrum.

Helping the country return to common beliefs around equality and justice should be a priority for the next administration, according to Rather.

“If you look at our history that we are a people who adapt to change, our history shows that we’ve been among the best at adapting to change,” Rather said. “The message I have is, with a smile, don’t give up on us.

“We look forward to your friendship and working for peace and justice.”