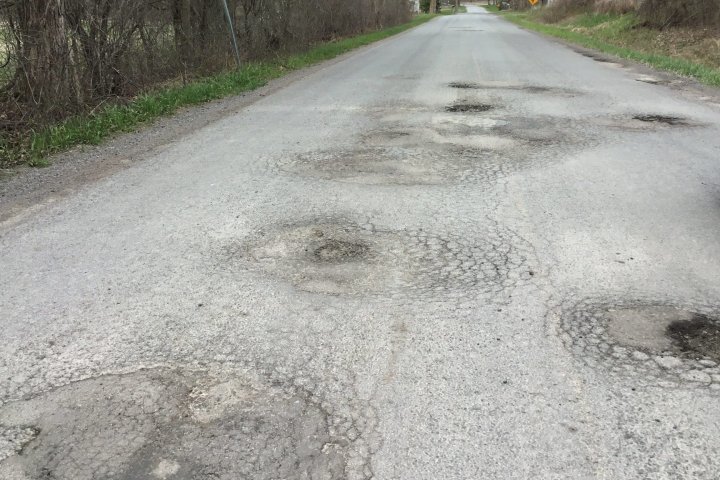 A long stretch of Victoria Road in Prince Edward County has been voted the CAA’s worst road for 2021.

The CAA’s Worst Roads campaign released the results of its voting on Wednesday morning, with Victoria Road earning the dubious distinction as it makes its debut in the top 10.

The campaign aims to help make Ontario make roads safer by helping municipal and provincial governments understand what roadway improvements are important to citizens and where they need to be made.

“Voters cited potholes and crumbling pavement as the main concerns for the Prince Edward County road,” the CAA stated.

According to the CAA, 117 municipalities had roads in their communities nominated. Drivers accounted for a majority of the votes being cast, with cyclists and pedestrians accounting for about 25 per cent of the votes.

“The quality of our roadways affect everyone,” stated Tina Wong, government relations specialist for CAA South Central Ontario. “Our roads are the arteries used every day to keep essential workers, goods and services flowing. They should be maintained now more than ever.”

No worst roads list was released for 2020 due to the COVID-19 pandemic.