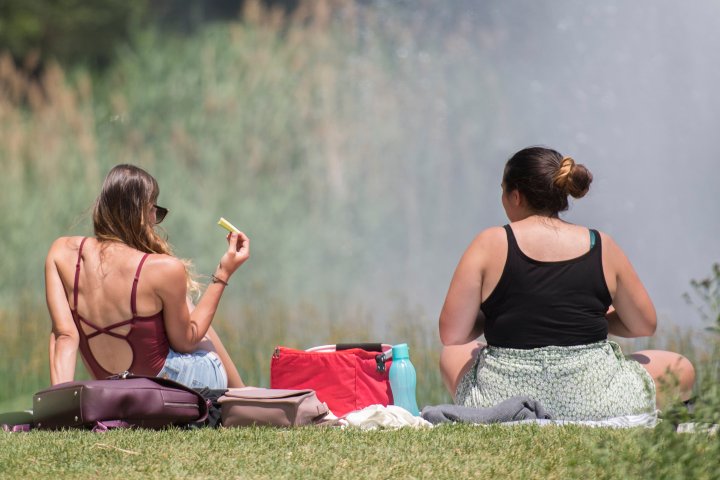 It’s not quite summer yet — but balmy temperatures are on the way for the city and parts of southern Quebec this weekend.

Environment Canada issued a special weather statement Friday for several regions, including Lanaudière, the Laurentians and the Eastern Townships.

A “warm and humid air mass” will make its way to the province to mark the first weekend of June, according to the weather agency.

“From Sunday to Tuesday, maximum temperatures will reach or exceed 30 C and humidex values could reach 40,” the statement reads.

There will be some reprieve after the sun sets, but not much. Environment Canada says those areas can expect it to be warm overnight, with lows near 20 C.

In order to beat the heat, Montreal public health advises staying hydrated by drinking lots of water — even before feeling thirsty.

Other recommendations include taking cold showers or baths and spending two to three hours in a cool place, with air conditioning if possible.