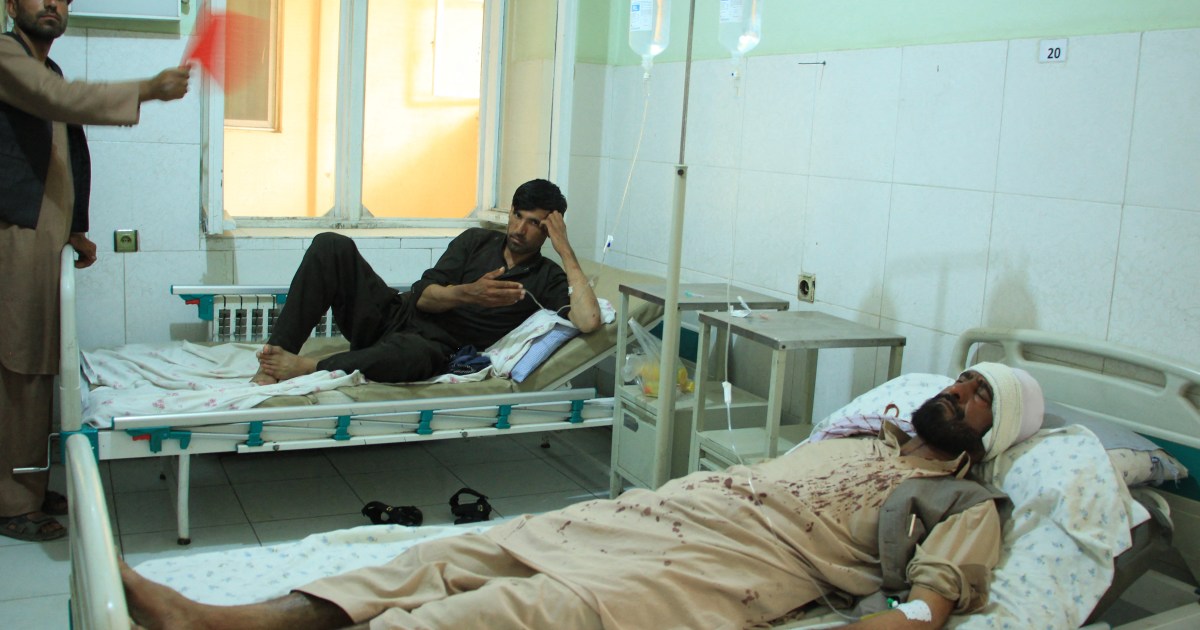 Masked gunmen have stormed the compound of a mine-clearing organisation in northern Afghanistan, killing at least 10 workers and wounding 16 others.

There were 110 workers at the camp of the HALO Trust charity in Baghlan province at the time of the attack on Tuesday night.

HALO Trust said the group’s fighters actually helped end the raid, which happened as dozens of deminers were relaxing at the compound after a day spent looking for ordnance in the area.

“The local Taliban actually came to our assistance, and the Taliban itself has denied responsibility – so my suspicion is that it’s a different organisation,” Cowan said.

A survivor told AFP news agency that five or six armed men scaled the compound walls and gathered everyone together before asking if there were any Hazara present.

“Nobody responded,” said the survivor, who asked not to be identified.

He said the gunmen then asked the compound leader to identify himself, before shooting him dead.

“Then one of them said ‘kill them all’,” he added. “As they opened fire, we all tried to escape. Some were killed and some, like me, were wounded.”

Afghanistan’s Shia Hazara community –  a group accounting for up to 15 percent of Afghanistan’s estimated 30 million population – is often targeted by fighters from the ISIL (ISIS) group, who consider them heretics.

An official in the area said most of the surviving workers fled to nearby villages after the attack and police were working to help them.

Fighting between the Taliban and government forces has surged across Afghanistan – including Baghlan – since May 1, when the United States military began its final troop withdrawal amid a deadlock in peace talks between Kabul and the armed group.

On Wednesday, Afghan Vice President Amrullah Saleh blamed the Taliban for the attack on the HALO base, alleging in a tweet the group’s fighters wanted to “steal money and unexploded devices” from the compound.

The Taliban dismissed the government’s accusation.

“We condemn attacks on the defenseless & view it as brutality,” spokesman Zabihullah Mujahid said on Twitter.

“We have normal relations with NGOs, our Mujahideen will never carry out such brutal acts.”

In several districts where fighting has been intense in recent months, the fighters have planted roadside bombs and mines to target government forces, but the explosives often kill and wound civilians.

Afghanistan was already one of the most heavily mined countries in the world, a legacy of decades of conflict.

The HALO Trust was founded in 1988 specifically to tackle ordnance left following the near 10-year Soviet occupation.

“Afghanistan is our biggest programme, we have nearly 3,000 staff there, they are very proud of the fact that they’re Afghans,” Cowan said. “They come from different communities within Afghanistan and they do amazing work to save lives.”

The United Nations Resident Humanitarian Coordinator for Afghanistan Ramiz Alakbarov condemned what he said was a “heinous attack” on HALO workers.

“It is repugnant that an organisation that works to clear landmines and other explosives and better the lives of vulnerable people could be targeted,” he said in a statement.

In another incident, an Afghan army helicopter on Wednesday crashed in Wardak province, to the west of the capital, Kabul, killing three crew members on board, the defence ministry said.

The Taliban said its fighters had shot the helicopter down but the ministry said the helicopter was trying to make an emergency landing after developing a technical problem when it crashed.